Championships will now be held on December 9th 2012 @ Coombe Park Equestrian Centre, Nr Littlehempstone, Totnes, TQ9 6LW.
These will be held indoors unless the weather is good enough to hold them outside, All open showing will then take place indoors from 1pm.

Stonelands Autumn show took place on
the 9th December, later than previously scheduled due to wet weather
and water logged land, and was this time held at Coombe Park equestrian
centre near Totnes in South Devon.

The day started with the
Stonelands Bull X Lurcher Championship 2012 where dogs had qualified at
numerous local shows during the year, Judge for this championship was Mr Mark
Sherwood who had 14 quality dogs to choose his final 6 from with the results
being; Stonelands 2012 Champion was Tilly owned by Denise Southcott, Reserve
Champion, Spook owned by Robert Mortimore, 3rd Broc owned by Barry
Dann, 4th Croc owned by Ken Danes, 5th Cash owned by Barry Dann and
6th place going to Jena owned by Phil Hughes.

Next on the
schedule was the Stonelands Working Lurcher Championship 2012, this was
judged by two local working lurcher men, Mr Chris Hill and Mr Rod Lucas,
judging for this championship was done on a points total made up again with
the top 6 dogs taking 1st to 6th place, dogs were judged on
condition, muscle tone, feet, bite, movement and conformation being marked
out of 10. Once both judges had seen all dogs independently they moved onto
the ‘off the lead obedience test’ which consisted of walking to heal, wait
and recall and jumping an obstacle. All 9 categories were then totalled up
with the final 6 dogs being called back into the ring with results being;
Stonelands Working Lurcher Champion 2012 was Kea owned by Kevin Mumford,
Reserve Champion Rufus owned by Jackie Cullum, 3rd Finn owned by
Charlotte Whatmore, 4th Patch owned by Maike Bdr, 5th Sly owned by Danni
Humphreys and  6th place Sky owned by Helen
Knowles.


Congratulations to all qualifying
dogs in both championships.

Open showing in all 4
rings was to then take place but not before Kevin and Debbie Mumford had
announced the Lure Crazy Summer Events Champion and
Reserve for 2012, this
year a points system has been run on all working field events (Simulated
Coursing, Hurdles and Working Sprints) with the top 4 dogs
have been
awarded points, after a very successful although wet year Champion status
went to Tish Curran’s Rio (64 points) with Kevin’s Kea taking reserve (41

points), Kevin and Debbie would like to thank sponsors Burns, Render Dry
and Stonelands.


I would like to thank
Kevin, Debbie and helpers for their efforts over the last 12 months, without
people like them running our field events im sure our shows would not be as
successful as they are.


So back to
open showing and with whippets once again being on the bill and some 15
classes taking place it was the job of Louise Tope to judge who awarded
puppy
champion to Amber Pascoe’s Wren with Tish Currans Toffee in
reserve, Senior champion was Gracie owned by Sammie Hunt and Jo Jones’ Poppy
taking  reserve.


I would like to thank the shows
sponsors CSJ Feeds, Dorwest Herbs and Tucker EMS Ltd for your
generous 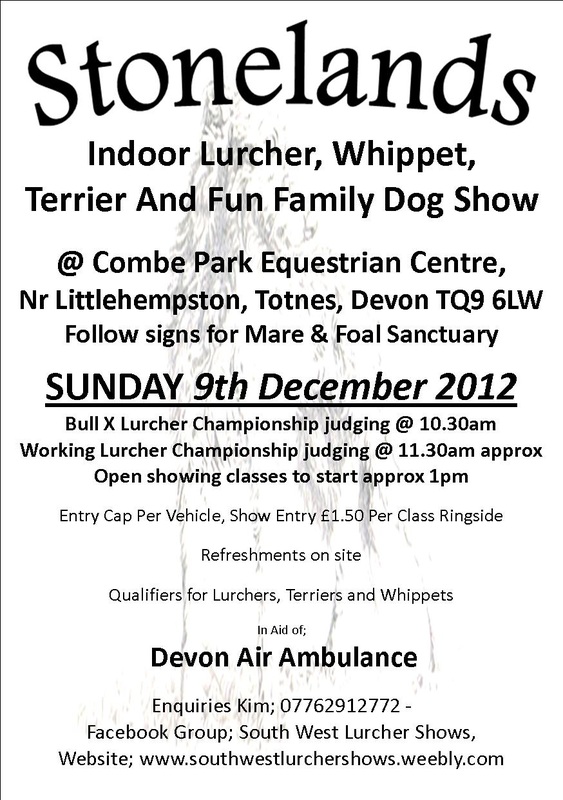 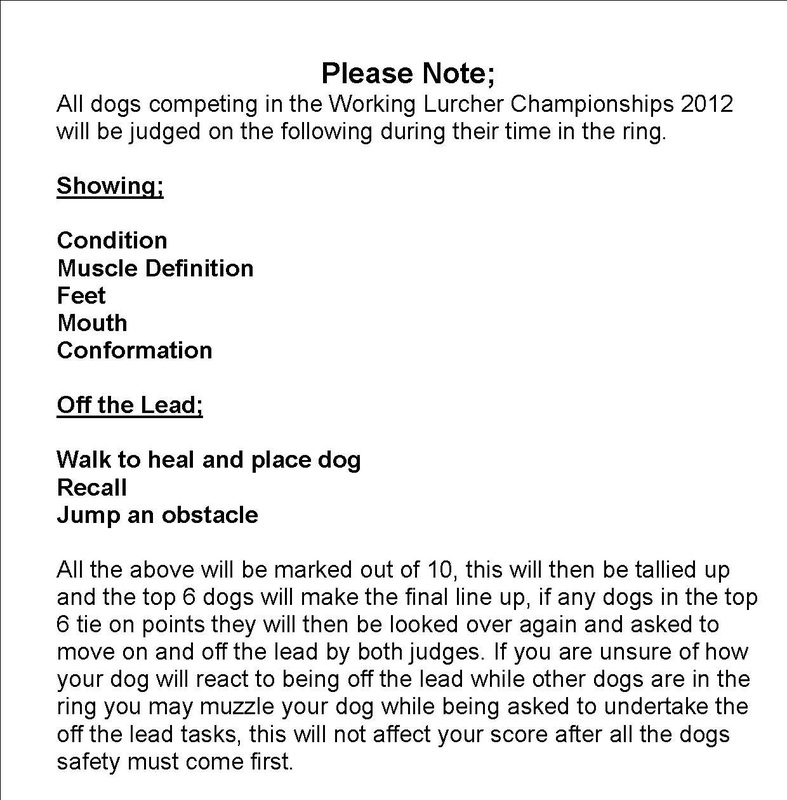